We work efficiently
with your energy

Established in 2012, CAMASE ranks among the leading providers of energy services in the field with superior results guaranteed for all of its business activities. The company provides qualified and comprehensive solutions to clients in this area.

Designing energy-efficient measures, implementing these measures and subsequently monitoring the results. This is a brief and simplified description of our work, but the underlying theme is our consistent efforts to deliver the maximum possible energy efficiencies to our clients. All the available elements of an energy management system must be included in the client’s energy management plan in order to sustain efficiency gains over the long-term. Energy management services are the company’s primary focus.

CAMASE has reinforced its position on the market and provides services at a highly-qualified level thanks to its track record of successful projects. 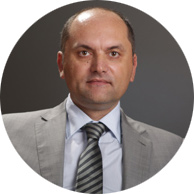 Founder, Chairman of the Board and CEO Mr Boris Lorenc is right in his comfort zone as the manager of CAMASE. He is responsible for the strategic direction of the company, the fulfilment of its long-term plans and its operational management. He also resolves the everyday situations that occur in the course of the company’s relationships with its business partners.
In addition to ensuring the company’s financial results, he is particularly involved in building the company’s reputation, its trustworthiness and its presentation.
Balance is a key trait for the company and for Mr Lorenc, as the entire CAMASE team strives to identify and offer win-win solutions to clients that satisfy all parties involved. As such, the CEO is personally involved in all of the key company negotiations and proposals.

Mr Lorenc began doing business in 1990. His focus was initially on the construction industry, where he completed a number of successful development projects. His experience then shifted to the energy sector, eventually leading to the founding and success of the current joint-stock company.
Mr Lorenc’s ambitions may be characterised by a quote from Sir John Egan, British industrialist and CEO of Jaguar during the inter-war period:

“The absolute fundamental aim is to make money out of satisfying customers.”

Get to know our model
of cooperation with customers

Efficiency is our priority

Active energy management is based on the systematic monitoring and metering of power consumption, an analysis of the results and the control of operating conditions.